14.09.2020 Second Saudi International Airshow welcomes Women in Aviation for the first time
Saudi International Airshow 2021, to be held February 16th to 18th in Riyadh, is proud to announce the inaugural participation of the Women in Aviation Middle East Chapter, a non-profit association dedicated to providing opportunities to women striving for careers in the aviation industry 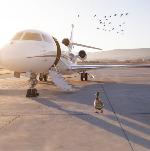 29.02.2020 Vertis Aviation launches VA Footprints as it pledges to offset carbon for all customers
Vertis Aviation, the Switzerland-based boutique charter company, is introducing a new carbon offset programme which commits to offsetting 100% of carbon emissions generated by charter flights it arranges

Romania's Navy (Fortele Navale Române/FNR) is small comparing to other naval forces in the Black Sea region and within NATO. Though having a number of frigates, corvettes and minesweepers the size of the naval aviation component is limited tothreeIAR.330 ‘Puma Naval’ locally designed and built helicopters serving in a variety of tasks.


About 15 kilometres Northeast of Buzau the “Scoala de Aplicatie pentru Fortele Aeriene” (S.A.F.A) 'Aurel Vlaicu' (Romanian Air Force Training School) is located at Boboc and has been in the heart of Romanian Military Aviation since 1958 when the Aviation Officers School ‘Aurel Vlaicu' (formed in 1953) moved to Boboc. Aurel Vlaicu (1882-1913) was one of three pioneers of Romanian aviation. He built in 1910 the first aircraft for the Romanian Armed Forces. Since 2003 pilot training, radar and missile/anti-aircraft artillery training are being conducted at Boboc for these three branches within the Romanian Air Force.

Adnan Menderes International Airport at Izmir is the main hub for the Turkish Coast Guard (TCG/ Sahil Güvenlik Komutanlığı/ SGK) aviation operations. Opened in 2001 it functions are training, maintenance facility and being one of the four Mission Coordination Centers of the Coast Guard besides Ankara, Antalya and Samsun.

“Our primary mission is to provide aviation support to our Land Forces at specific places and at specific times, as an Army Aviation Regiment under the control of Army Aviation Command focusing on the west part and especially middle of the west and southwest of Turkey” as Lt. Col. Baysan starts to explain the tasks of the 3rd regiment (3ncü Kara Havacilik Alayi) based at Izmir-Gaziemir. Lt. Col Baysan graduated as an Army pilot in 1998 and is currently one of the instructors for the AS532 “Cougar” helicopter fleet.The Army Airbase of Gaziemir is located just northwest of the International Airport of Izmir, Adnan Menderes. The history of the 3rd regiment (3ncü Kara Havacilik Alayi) dates back to 1975 when the Aegean Army Command was established in Izmir.

Since 1986 Kotroni Naval Air Base has been the heart of Hellenic Naval Aviation. The small airport is situated south of Marathon village in Greece. Itis home to the fleet of SikorskyS-70s and Augusta Bell AB-212ASW’s currently in use with the Hellenic Naval Aviation (EllinikoPolemikoNaftiko). The two Alouette III’s on strength are currently withdrawn from use (since Summer 2013)and are awaiting their fate. In 2012 additional flight training was conducted on this type to bridge the gap for 2013-2014 in which no new student pilots will be trained. In 2015 flight training on the Alouette III will commence or the decision will be made to join forces with the Hellenic Army Flight Schoolat Stefanovikio Air Base for initial flight training.

During 26-30 January 2015 the Port of Rotterdam hosted a Chinese People’s Liberation Army Navy (PLAN) Task Force. This has been a historical visit and first visit to a port in the Netherlands. Heading the 18th escort task group fleet comprises three ships: the amphibious dock landing ship ‘Chang Bai Shan’, the guided missile frigate ‘Yuncheng’ and the supply ship ‘Chaohu’. In addition, there are three helicopters (Z-8J and Z-9), and the crews consist of nearly 100 special operations members and more than 800 officers and sailors.


On February 13th-14th, 2014 the Third International Conference "Aviation Fuel - 2014" will take place in Moscow. "Aviation Fuel - 2014" is the only annual and the largest professional industry event, which is a forum for discussing the burning issues of aviation fuel supply, place for presenting new technologies and equipment.


Rostov-on-Don, Russia; 14 October 2013: flydubai’s inaugural flight from Dubai to Rostov-on-Don was held this weekend, opening a direct route between the two cities. Rostov-on-Don is the airline’s eighth destination in Russia and is due to become one of the first to offer flydubai’s new Business Class service.

03.10.2013 The largest annual conference on development of regional air transport in Russia and CIS will take place on October 16th-17th, 2013 in Moscow 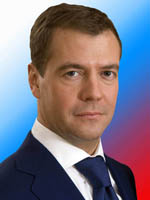 08.04.2013 The defence-industry complex must remain the pride of our country 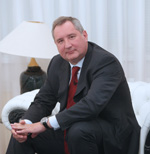 28.02.2013 Those who are reluctant to feed their own army shall feed a foreign army 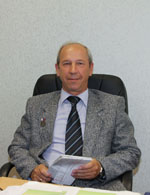 11.02.2013 Civil aviation in the turmoil of changes and problems

This article is devoted to the present state of airspace management and air traffic control in the Russian Federation. The author mentions some erroneous decisions that have been taken in this field in the course of the last two decades; on this background he expresses his opinion about the need for adapting the existing legal base in these matters to the present-day realities.

Activities of the SCA Сompany aimed at implementing the Sukhoi SuperJet 100short-haul airliner programme always attract the attention of mass media and the general public.On 28 January 2013 Vladimir Prisyazhnyuk, President of Sukhoi Civil Aircraft JSC (succeeded by Andrey Kalinovskiy from 1st February 2013) gave his account of the programme’s progress and of the ongoing deliveries of the SSJ100 airliner to customers.

25.01.2013 The United Aircraft Corporation must become one of the leaders of the world aircraft manufacturing

On 19th December 2012 Mikhail Pogosyan, President of the United Aircraft Corporation (UAC), held a press-conference at the premises of ITAR-TASS. In the course of the press-conference he gave an account of the results of the Corporation’s work in 2012 and of the plans for 2013 and answered the questions of journalists. The magazine publishes the text of the presentation made by Mikhail Pogosyan and the contents of his answers.